Would you like to switch to the accessible version of this site?

Don't need the accessible version of this site?

KIM KARDASHIAN HAS A SIXTH TOE? 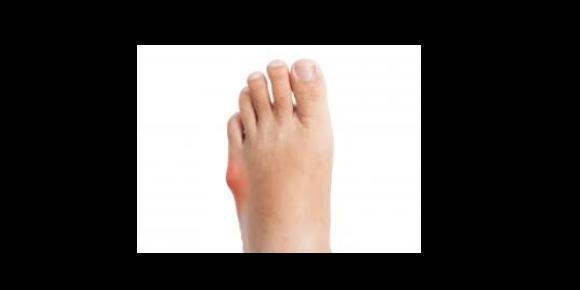 There were rumors that Kim Kardashian has a SIXTH TOE on her left foot! This is always a possibility; however, it is nothing but a tailor’s bunion. Kim won’t be paying extra for her pedicures after all!

What is a Tailor’s bunion?

A tailor's bunion, also called a bunionette, is a prominence of the fifth metatarsal bone at the base of the little toe.

It is usually caused by a biomechanical instability in the foot – the way that you walk. The fifth metatarsal bone starts to move outward, while the little toe moves inward. This creates a bump on the outside of the foot.

More rarely, a tailor’s bunion can be an outgrowth of bone on the side of the fifth metatarsal head.

Regardless of the cause, the symptoms of a tailor’s bunion are usually aggravated by wearing shoes that are too narrow in the toe, producing constant rubbing and pressure.

It is easily diagnosed because the protrusion is visually apparent. X-rays may be ordered to help the foot and ankle surgeon determine the cause and extent of the deformity.

Treatments include wearing shoes that are wider in the toe box, padding the area, NSAIDs and icing with possibly a cortisone injection to reduce inflammation, and orthotic devices to control the biomechanics of your foot to prevent the deformity from worsening.

Surgery is often considered when pain continues despite conservative treatment. There are different surgeries that can be performed depending on the case.

For more information and for an evaluation of your feet, give the office a call to make an appointment!

Send Us an Email

Find us on the map